The mission of INHS is to investigate the diversity, life histories, and ecology of the plants and animals of the state; to publish research results so that those resources can be managed wisely; and to provide information to the public in order to foster an understanding and appreciation of our natural heritage. The INHS is now recognized as the premier natural history survey in the United States of America, and was the model for the United States Geological Survey.

Cyrus Thomas, a lawyer, teacher, and self-taught entomologist from Carbondale, noted the need for a society for those interested in the scientific study of the state’s natural history and proposed that a Natural History Society of Illinois be established. This precursor of the INHS was then founded as the Natural History Society in 1858, with the dual role of dual purpose of preparing “a scientific survey of the State of Illinois in all departments of natural history and establishing a museum of natural history at Illinois State Normal University.” The name was later changed to the State Laboratory of Natural History in 1877 and finally to the INHS in 1917. The museum was moved to the University of Illinois in Urbana in 1885. 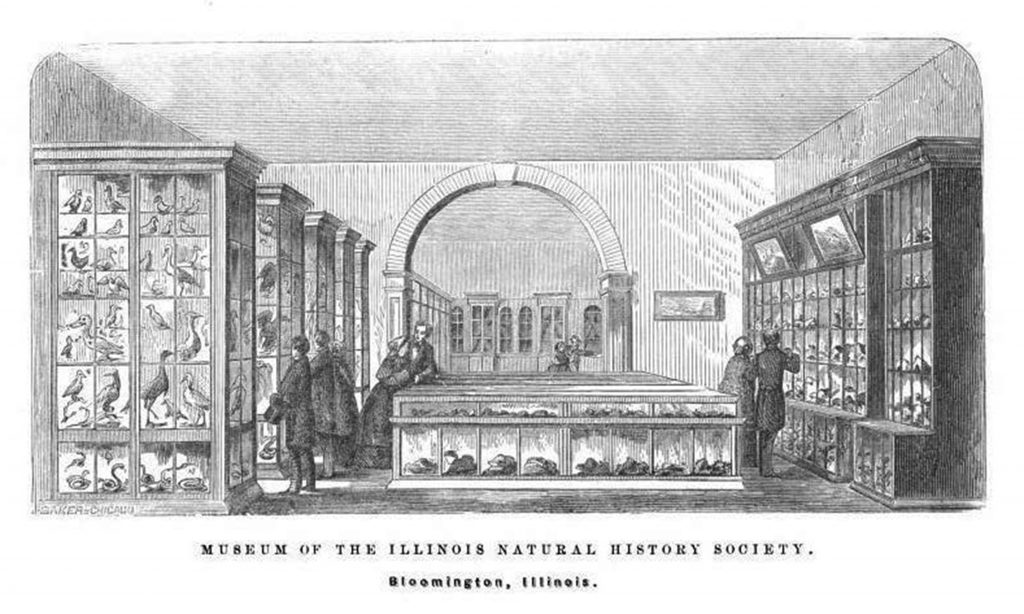 Cyrus Thomas was appointed as the first curator, and in the first two years over 60,000 specimens were added to the museum. Thomas was followed by John Wesley Powell in 1867. John Wesley Powell turned down a full-time appointment, and instead led an expedition to the Rocky Mountains to collect specimens for the museum. Powell was followed by his brother-in-law Almon Harris Thompson in 1869, but both left the museum to begin their historic expeditions to explore the Green and Colorado Rivers. Thompson was succeeded by Stephen Forbes in 1871, who later became the first chief (title now called director) of the Illinois Natural History Survey.

History of the Mammal Collection

The Mammal Collection grew slowly from 1876 until 1905 when William Bebb, F. E. Wood, and Walter C. Hahn began collecting specimens. Acquisition of new specimens slowed in the 1910s until C. O. Mohr and others began collecting again in the 1920s and 1930s. In the 1940s the Mammal Collection quadrupled in size from nearly 600 specimens to almost 3,200 specimens, through the efforts of W. W. Goodpaster and others.

Over the years, many specimens have been collected by government agencies, including the Illinois Department of Public Health, the INHS, and their many employees. W.W. Goodpaster remains the largest single collector, with over 4,000 specimens. W. D. Severinghaus also collected nearly 1,000 specimens.